Patagonia’s limiting sales of its popular vests, excluding corporate clients judged not to be onboard with the outdoor clothier’s environmental and climate positions, apparently including natural gas and oil (see the last few sentences in this tweeted email from a certified Patagonia seller) – seems odd and inconsistent, given how much petroleum is used to make those products.

More on that below. First, let’s point out that, contrary to Patagonia’s impression of the natural gas and oil, our industry cares a great deal about environmental and climate progress – even as it supplies the energy that empowers modern life and growth in the United States. We need both, and they’re not mutually exclusive.

In this 21st century economy, Americans want access to affordable energy. You need energy for prosperity, mobility and good health, and industry is committed to developing that energy safely and responsibly.

At the same time, industry is leading in important environmental and climate progress, by producing record amounts of clean natural gas – the chief reason U.S. energy-related carbon dioxide emissions have fallen to their lowest levels in a generation.

Now, about Patagonia’s view of petroleum. It’s conflicted. While the company is against fossil fuels on climate grounds and follows through with that in many ways, it also is forthright about the use of nylon and polyester in parts of its product line – acknowledging that both are made from petroleum. Patagonia argues that it must use them:

It is remarkably hard to reduce the environmental impact associated with our technical gear, especially our shells. Unlike other products we make, a shell is a lifesaving piece of equipment that absolutely must perform in the world’s worst weather. Unfortunately, to meet that standard of functionality we rely on fossil fuels. While Patagonia continually searches for alternative materials and processes, our environmental ambitions still outstrip current shell technology.

In other words, Patagonia is opposed to using fossil fuels except when it needs them. That’s like those who bash oil then jet off to Aspen or Davos for conferences, saying their travel (not yours) is justified because it’s critical to their mission. That’s a tough assessment, but it’s brought on by the company’s own stances.

The fact is petroleum-based materials are a big reason Patagonia’s products are what they are: light-weight, water-resistant – even life-saving. We’d argue the varied uses of petroleum in manufacturing are part of what make natural gas and oil great, now and in the future.

Absent a substitute not yet discovered or invented, ending the use of petroleum-based materials probably isn’t something most Americans would like. And how might that look, anyway? Wool has great thermal qualities, but as our 19th-century ancestors well knew, it’s scratchy, takes some effort to maintain, doesn’t repel water, and you’d need a lot more help from these guys… 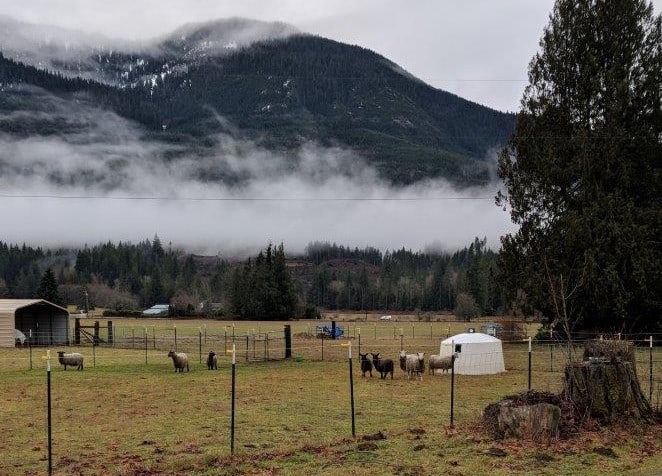 There’s cotton and linen, and everyone might wear rubberized outerwear when it rains. But these would simply underscore the qualities Americans want in modern clothing made with the help of petroleum – durability, flexibility, stain-resistance and easy maintenance.

The point is that the modern materials that make our lives better come from somewhere – and in many, many cases that somewhere is natural gas and oil.

While Patagonia no doubt is earnest in its environmental and climate positions and in “preserving its brand,” it’s also keen on supplying consumers with apparel they want to buy because it has specific attributes and uses that trace back to petroleum. That alone should have given pause to the current campaign