Foreign funded Stand.earth will use any excuse to attack the oil and gas industry and speak for Indigenous communities, many of which are partners in natural resource development

THE FACTS: Foreign funded Stand.earth will use any excuse to attack the oil and gas industry and speak for Indigenous communities, many of which are partners in natural resource development.

Here’s some facts and sources to have a reasoned conversation about respecting Indigenous communities: 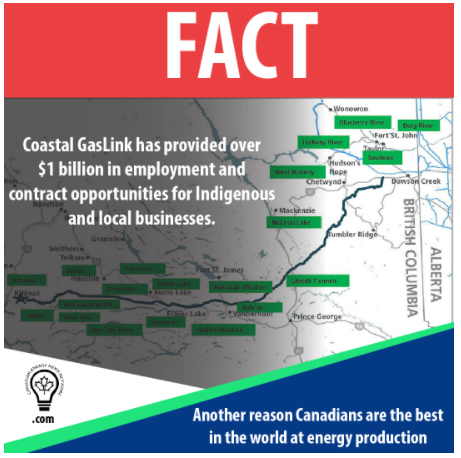 Varcoe: Birth of an industry amid race for carbon capture developments | Calgary Herald

Carbon tech continues to be the best solution for reaching net-zero targets, while maintaining a high standard of energy security for Canadians. The carbon capture industry is picking up steam, with the IEA (International Energy Agency) reporting that Canada is a global leader in carbon capture technologies.