Caisse de depot’s decision to divest from Canadian energy will have the unintended effect of giving less responsible foreign producers a boost in market share.

ACTIVIST CLAIM: Quebec public pension fund turns its back on Canadian oil claiming it will help the climate.

THE FACTS: Caisse de depot’s decision to divest from Canadian energy will have the unintended effect of giving less responsible foreign producers a boost in market share.

Here are some facts and sources to have a reasoned conversation about divestment: 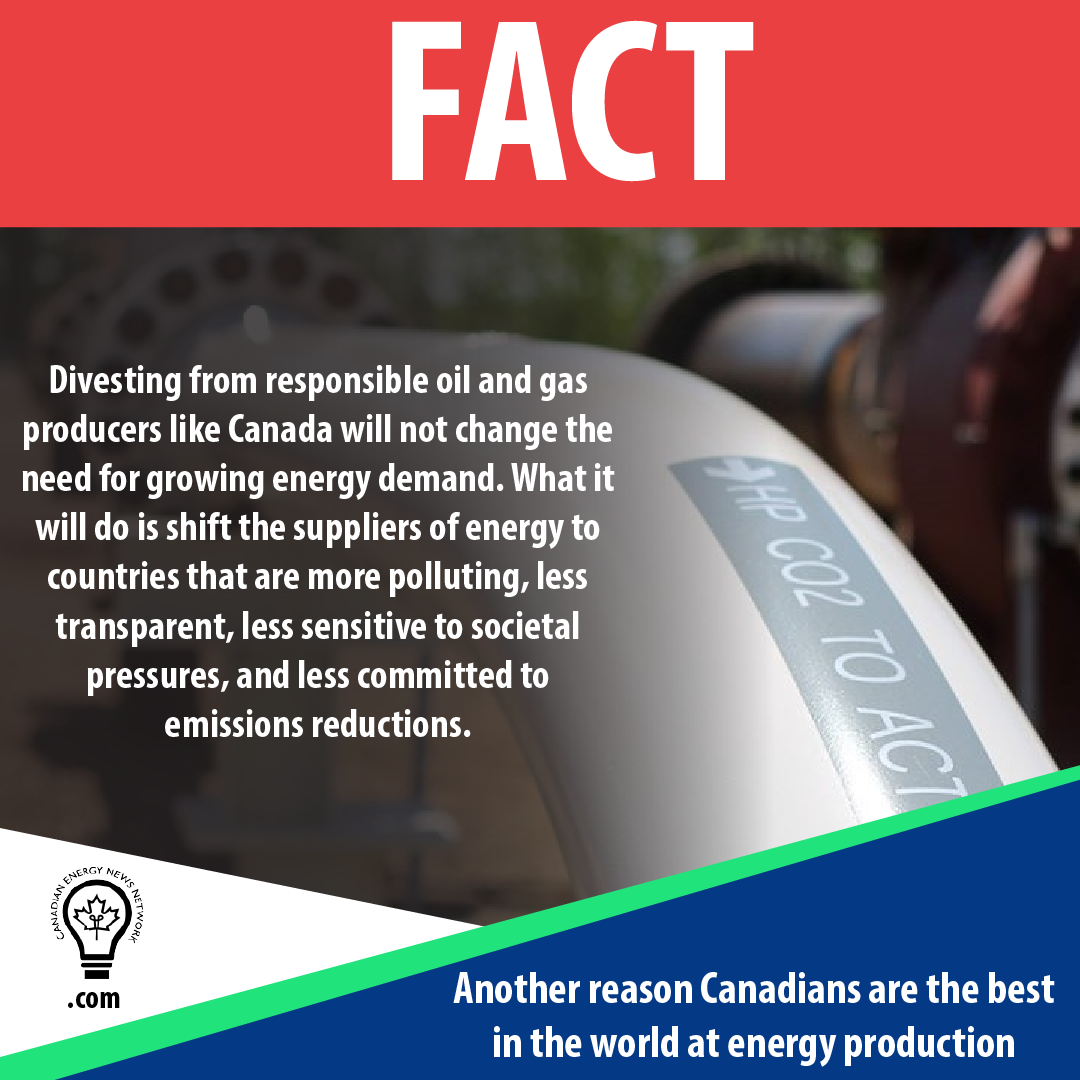 As the end of the consultation period on the government’s proposed “Just Transition”, Indigenous communities may not have had enough time to properly consult with the government considering there was an election for most of the consultation period. And Indigenous groups could have a lot to lose during this energy transition. Ottawa needs to start listening to Indigenous communities that are warning them about the devastating consequences of limiting resource development on their communities.